How 70,000 students on three campuses will shape the future.

Young voters, particularly new voters, have the opportunity to shape the future of our state and country this election. The College Democrats of Illinois are eager to utilize our organizing capabilities, leverage our extensive on-campus volunteer base, and turn out college students to elect Betsy Dirksen Londrigan and pass the Fair Tax ballot amendment.

This cycle, College Democrats of Illinois will focus our coordinated efforts on three campuses in the 13th Congressional District: University of Illinois at Urbana-Champaign (UIUC), Illinois State University (ISU), and Southern Illinois University Edwardsville (SIUE). Rated in the top-10 most competitive Congressional races nationwide, IL-13 Democratic nominee Betsy Dirksen Londrigan lost in 2018 by 2,058 votes in a district with more than 100,000 college and university students. By devoting all of our resources and effort to the entire process of student voter mobilization on the three biggest campuses in this district (and, with enough resources, expanding to young people in the surrounding areas), we can be a decisive factor in two crucial races: the IL-13 Congressional race, and the statewide Fair Tax ballot measure, the latter of which will be also be incredibly close and affect all Illinois residents for decades to come.

This project will be led by Daniel Green, President of CDIL. Daniel is a Junior at the University of Chicago with Congressional and Chicago City Council campaign experience, and is currently working remotely as a field organizer for the North Carolina Democratic Coordinated Campaign. Fundraising efforts will be led by James Beverly III, President of SIUE Dems and Finance Director of CDIL, a senior at SIUE. On-the-ground organizing will be led by Daniel, CDIL Political Director Cat Jacob (Northwestern University), Illini Dems (UIUC) President Madelyn Foster, ISU Dems President Ethan Kosberg, and James, in his capacity as President of SIUE Dems.

Several organizations have agreed to provide support. CDIL’s previously existing joint effort with Young Democrats of Illinois (YDI) and Illinois High School Democrats (ILHSD) to register 10,000 young voters statewide led to the creation of YVoteIL.com, which will allow us to gather contact information on all new registrants we reach on this campus, information crucial to subsequent organizing efforts. We look forward to working with these and other organizations on voter contact efforts on and around these campuses.

As a state PAC, we have limited ability to make direct expenditures for federal candidates, but we will be meeting regularly with Betsy Dirksen Londrigan’s campaign and the independent expenditure committees working on the Fair Tax ballot amendment in order to ensure that we are not doing redundant work with our limited resources.

Specifics of the Program

Once fundraising goals are met, the program has three primary segments: Registration, Outreach, and Turnout.

First, from mid-September through get-out-the-vote (GOTV) weekend, we will contract with a vendor to run targeted digital advertisements towards college-age people living in the proximity of the three targeted campuses. These ads will stress the importance of this election (invoking the power of college students in this district and the consequentiality of the Fair Tax ballot amendment), encourage registration at their campus addresses, and direct traffic to YVoteIL.com. We will be able to gather addresses, emails, and cell phone numbers of those who register on this site, which will be crucial for outreach and turnout efforts.

Once students begin registering via YVote, members of campus chapters and organizers on the target campuses will begin a 1:1 text-based outreach process to those who register as Democrats with information about voting. Organizers will engage in conversations with those students interested, providing opportunities to volunteer and get involved. Depending on the number of registrations,number of volunteers, and CDIL fundraising capacity, we hope to obtain VoteBuilder access from the Illinois Democratic Party in order to find more targets for outreach. An additional goal of the outreach process is to get interested students volunteering and involved with their campus chapter. Beginning the week of September 28th, we will launch the campus organizer program. Each chapter president will serve as Lead Organizer for their campus. Other organizers will be selected by application (being a member of College Dems is not necessary in order to be selected). All organizers will be trained by the CDIL team and guest speakers, and given a stipend equivalent to $10/hr for 5 hours of work each week through Election Day. Organizers will be supervised by the Lead Organizers on their campuses, as well as CDIL team members, and will be given concrete, quantitative goals. Any additional funds raised will be used to fund at-large organizers, selected from applicant students who are either residents of the district or members of CDIL chapters outside the district.

Once early voting begins (September 24th), texts will be sent from CDIL organizers, members and volunteers to remind students who have been responsive to vote and and to information on early voting and vote-by-mail. GOTV will only be the priority, however, starting in mid-October. CDIL organizers, members and volunteers from partner organizations will begin the process of individualized GOTV efforts, texting and/or calling students. Priority will be given to turning out students who registered through YVote and our advertising and outreach efforts, and we hope to be able to expand our GOTV efforts to additional voters that match the profile of college students (age and proximity to campus) pulled from VoteBuilder. GOTV messaging will be based around the importance of the IL-13 Congressional race and the Fair Tax ballot amendment.

Students on each campus:

College Democrats across the state of Illinois uniting to organize and engage out peers in pursuit of our shared values. 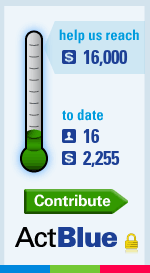