Each of these men voted in favor of the American Healthcare Act (AHCA), which would take away the health care of over 700,000 Illinoisans in the next decade.

Each of these men voted to gut the Dodd-Frank Act, put in place to protect honest, hardworking Americans after the 2008 Financial Crisis.

Each of these men voted to repeal broadband privacy regulations, allowing companies to sell your data for a profit.

Let’s show these so-called Representatives that they do not represent our values – by sending them packing in 2020.

We’ll update this space with information on Democratic challengers in each of their districts, including ways for students and young people to get involved in the 2019-2020 election cycle. 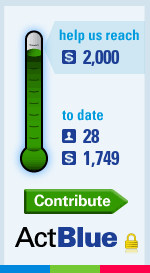 College Democrats of Illinois is an organization representing over 25 Democratic organizations across the state of Illinois, each dedicated to fighting back against the Trump and Rauner agendas, and campaigning to #UnseatTheSeven Republican congressmen of Illinois and #FireRauner in 2018.